With the advent of non-fungible tokens (NFTs), cryptocurrency and other blockchain-supported tech, a few of my more tech-savvy clients are asking whether patents are 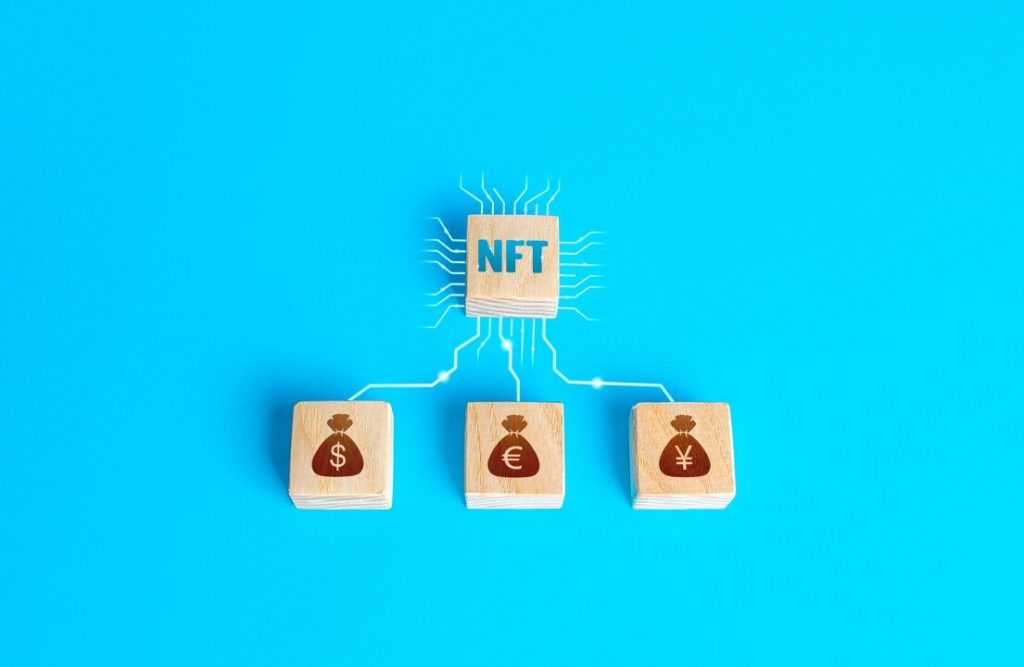 With the advent of non-fungible tokens (NFTs), cryptocurrency and other blockchain-supported tech, a few of my more tech-savvy clients are asking whether patents are on the road to obsolescence. The fact is that in my view, patents, patent attorneys and IP law in general aren’t going anywhere anytime soon, despite all the hype. Sure, there’s going to be a shakeup in how NFTs and NFT-driven inventions change patent law both in legislation and in settled case law in the next several years, much like the legal landscape changed with the popularization of the Internet, but the basic practices are going to stay the same.

“But John!” you may be thinking. “That’s a pretty bold assertion. Who knows what NFTs and blockchain will do to the IP law ecosystem?”

I don’t have a crystal ball, but I’ve been doing this for “a long, long year,” as Mick Jagger famously put it, and I know a thing or two about the subject. In the interest of defending my opinion on this controversial and contentious subject, I’m going to break my argument down into three parts: NFTs and blockchain as patentable in their own right; NFTs and blockchain as supplements to a patent; and NFTs as replacements for a valid patent or copyright.

Are NFTs and blockchain-driven inventions patentable?

The short answer to this question is, “Yes…BUT.”

Like any other advance, inventions driven by NFTs must meet the five-pronged test established by the USPTO and the Supreme Court to determine whether they are patentable. (Note that software has its own unique requirements and bars to meet, such as the infamous Alice v. CLS Bank case.) For those not familiar, the test requires that a given invention meet the following requirements. Put broadly, a patentable invention must be or have:

Eligible Subject Matter: This is a very broad category indicating the invention was invented by a living, breathing human being; is not a natural phenomenon or law of nature; is not an abstract concept; and is not a piece of artwork, literary creation or music, or printed material, because these latter categories would be covered under copyright exclusively.

Utility: The invention does something for which it was expressly designed and intended, such as the Java Jacket or a wrench for opening stubborn pickle jars.

Novelty: The invention must be significantly different from other existing innovations, techniques, technologies, processes or uses which have already been made public in the invention’s field, AND it wasn’t made public in any way by you or anyone else before you applied for a patent. The novelty requirement is why I make a point of telling inventors and innovators to shut their freaking mouths until they’ve filed a patent application and their attorney tells them it’s safe to talk about it!

Non-Obviousness: If anyone of ordinary skill in a given field could have determined that the invention is the next logical iteration of existing technology or processes in that field, such as adding extra blades to a common safety razor, it’s not patentable.

Writing Requirements: Can someone of normal skill in the field covered by the patent follow your patent description readily and replicate the results in a manner that functions as intended for its stated purpose without having to do a lot of tinkering or experimenting? If so, it’s patentable, provided the other criteria are met.

What all this legal-eagle gobbledygook boils down to is this.

If a specific iteration of an NFT or blockchain satisfies all the criteria for a patent, is not abstract and cannot be shown to be an obvious next step or permutation of existing processes, then it would be patentable, just like any other software which fulfills a specific task or objective and is a demonstrable improvement over existing processes for doing the same thing.

The tricky part here for the inventor would be to demonstrate to the USPTO’s satisfaction that their method for creating an NFT or blockchain is sufficiently different from what already exists in the public sphere to qualify.

To find out if your NFT or blockchain idea is patentable, call my office directly or fill out the contact form on this page.

Can NFTs and blockchain be used to supplement a patent?

This one’s a bit murkier. While they wouldn’t be supplements to a patent as such, NFTs and blockchain entries can be used by a tech-savvy innovator to demonstrate their ownership of a given piece of intellectual property, such as a properly vetted and confirmed patent. This means, in the USA, you’ve filed with the USPTO, gotten a patent certificate and are on record with the United States government as the lawful and rightful holder of the patent. Once you’ve got the patent, you could in theory sell NFTs granting licenses or shares of the invention to others, which is perfectly legal and something people and corporations do all the time with intellectual property already. In this paradigm, NFTs are basically just a tech-based way of achieving the same outcome.

However, just because you have a piece of computer code that says you own, for example, the patent on CRISPr does not mean you are in legal fact the rightful patent holder. To validate your ownership, you would still need to be able to produce the original patent and/or copyright or a verifiable, properly executed contract with the original patent owners stating that your NFT does in fact represent a rightful ownership interest in CRISPr.

In short, if you want to use an NFT to back up your right of ownership, there’s no reason you can’t—but you’d better make damned sure you have the proper receipts to back up the blockchain if you ever have to go to court over it.

Are NFTs and blockchain tech a replacement for patents?

The answer here is an unqualified HELL NO, and anyone who tells you otherwise is outright lying to you, either because they don’t know any better and are sincerely ignorant or because they’re trying to pull a scam. Tech may well be king, but in this scenario, the Emperor is naked.

Patents can only be issued by governments, not private parties. While an NFT or blockchain entry could theoretically be used as further evidence of one’s ownership interest in a patent, and as supporting evidence in a disputed claim of rightful ownership, they are not in themselves viable patents. What this means is, if you attempted to go to court to prove an ownership share in a given patent without either the patent, a properly executed paper contract or a valid so-called “smart contract” stored in the blockchain to confirm your interest, you’d be laughed right out of the courtroom because by themselves, NFTs and blockchain entries are just bits of code.

And bits of code without other evidence are generally meaningless in the eyes of the law.

As NFTs and other cryptotech continue to proliferate, it is a near certainty that well-intentioned, honest but naïve inventors may fall prey to misinformation, disinformation or outright fraud perpetrated by people who want to get something of value (the patent rights) for something that’s not worth anything at all, such as bogus NFTs and blockchain entries that aren’t supported by official documents. I expect we’re going to start seeing a great many lawsuits and even criminal complaints pursued as a result of bad actors trying to use NFTs in ways the law won’t support within the next year, with repercussions that will shape case law and legislation for years, maybe decades to come.

“So how do I protect myself?” you may wisely be wondering.

The fact is, there is no such thing as a shortcut, an “easy way” or a “poor man’s” version of a patent, trademark or copyright. If you want to make sure you’ve got all the protection the law allows, you still have to do it right and file for a patent the old-fashioned way. The wise innovator will hire a qualified patent attorney to make sure the process is as seamless and painless as possible, and that the inventor’s interests are protected at every step from initial filing to taking their innovation public. It’s also an excellent idea, if you’re thinking about using NFTs or “smart contracts” to back up your IP ownership, to consult with your attorney before you make any moves in that direction and to have your attorney review any documentation you might be considering.

Call my office or fill out the contact form on this page to schedule your free initial consultation with my law firm.

A lot of people are going to try to skip these steps, in hopes of saving a little money or getting their invention out into the world a little faster. When they do, they may and probably will find themselves stripped of all their ownership rights in court. Adding insult to injury, not only will they lose out on the rights to their inventions, and the potential financial rewards, but they may find themselves having to pay thieves for the “privilege” of being robbed if the bad actors can prove their ownership interest to the satisfaction of the court!

So, I’ve said it before and I’ll say it again: