Morford v. Catellan: (Maybe) The Most Bananas IP Case Ever!

On Friday, July 15th, I was invited by Brian Mudd of 610AM WIOD NewsRadio to discuss a pending copyright case that is—quite literally—bananas. The 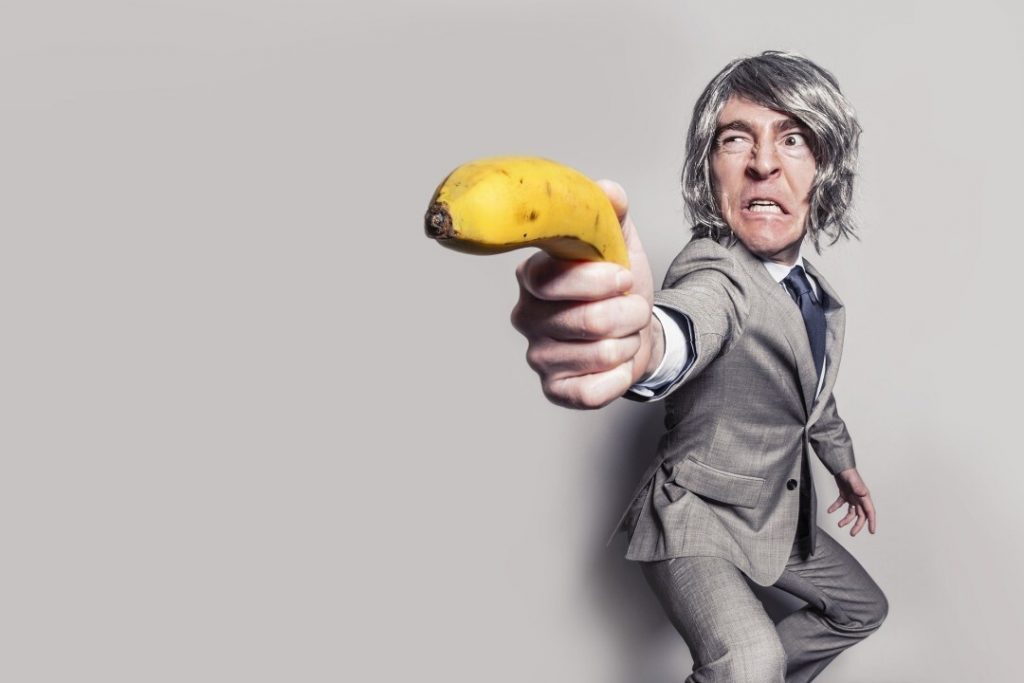 On Friday, July 15th, I was invited by Brian Mudd of 610AM WIOD NewsRadio to discuss a pending copyright case that is—quite literally—bananas. The dispute involves two artists, bananas, duct tape, whether a banana duct-taped to a wall can legitimately be copyrighted, and if so, to what degree. I’ve been following this case with some interest for three reasons: 1) it touches on my passion for intellectual property law; 2) it’s going down in my backyard; and 3) it may be one of the most bonkers IP cases we see in our generation!

Here are the basic facts.

In 2000, a California artist named Joe Morford created a piece called “Banana and Orange,” featuring synthetic pieces of the titular fruits duct-taped to bright green paper. He posted it to his Website, Facebook, and YouTube accounts and—here’s the kicker—sought, and received, a formal copyright from the US Copyright Office for “Banana and Orange.” So far, so good, nothing to see here—right? 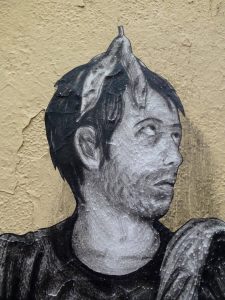 Fast forward to 2019, when Italian artist Mauricio Catellan presented his notorious piece, “Comedian,” consisting of a single REAL (that is to say, completely edible) banana duct-taped to a wall. “Comedian” caused a huge stir in the art world and beyond, becoming one of the most memed and lampooned pieces of modern art in history. The piece generated even more controversy when a local Florida performance artist took the banana off the wall and ate it. But that was okay by Catellan—he and the gallery at which it was housed weren’t actually selling the banana itself, but rather a certificate of authenticity and exacting instructions as to how to replicate the piece in one’s own home, including at precisely what angle the banana and duct tape should be employed to recreate “Comedian” for oneself. This seemingly farcical gambit paid off for Catellan three times, to the tune of roughly $390,000!

When Morford learned about “Comedian,” he was none too pleased, if his Facebook status from the time he first heard of it is any indicator. On Sunday, December 15th, 2019, he posted:

If the matter had ended with a salty Facebook post, there wouldn’t be anything to discuss here. But Morford decided, as any copyright holder should when their work is or appears to be infringed, to pursue legal action against Catellan. In his suit, Morford claims “Comedian” is sufficiently similar to, and apparently derivative of, “Banana and Orange,” to warrant triggering a copyright claim. In addition, Morford is suing Catellan for the entire $390,000 Catellan realized from the sale of “Comedian,” plus court costs and travel expenses.
As a side note which may or may not have bearing on the Morford case, Catellan recently evaded a lawsuit in France in which a wax sculptor claimed he was the original author of nine of Catellan’s pieces. The French courts disagreed. Finding in Catellan’s favor, the courts determined the sculptor was working for hire when the pieces were produced and that the terms of the agreement did not permit the sculptor any control over the final presentation of the effigies in any form or right to further financial or other credit related to the production or exhibition of the pieces. Again, this may or may not be relevant, but the timing obviously couldn’t be worse for Catellan.

Here’s where this case gets really interesting.

In the motion to dismiss (MTD) Catellan’s legal team filed in response to the initial suit, he staunchly denies ever having seen or heard of “Banana and Orange” in any medium prior to being served with Morford’s suit, and Catellan’s legal team asserts Morford cannot prove otherwise. His attorneys further state that Morford owns neither the idea nor the fact of bananas or duct tape existing, and that simply duct-taping bananas to a wall should not in itself be enough to justify triggering copyright protection. Crucially, this is a point Morford himself agreed with, writing in a previous document that:

“I do not assert copyright claim to the idea of a banana duct-taped to a wall…People are free to duct-tape all the bananas they want to a wall; they are just not allowed to infringe on my expression — claiming it as their own original artwork.”

Finally, the angles of the two pieces are different and the bright green paper Morford employed in “Banana and Orange” is conspicuously absent in “Comedian.” In short, the two works are dissimilar enough, Catellan’s legal team argued, that the case against Catellan should be dismissed. 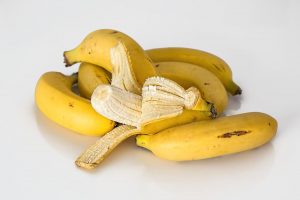 However, the arguments set forth in the MTD failed to sway the judge presiding over the case, US District Judge Robert N. Scola, to Catellan’s side. Judge Scola wrote that the idea of a banana taped to a wall is not in itself copyrightable, the one point upon which everyone else concerned in this case seems to unanimously agree. However, he agreed with the plaintiff’s assertion that the specific elements of the compositions in question could be similar enough to invoke copyright protection and conjure the specter of plagiarism based on the presentation of both pieces, writing:

The minimal degree of creativity standard for original work is a long-standing pillar of US copyright law, which makes it very important in this situation. With the two works temporally separated by almost two whole decades, Catellan cannot claim simultaneous creation. In addition, it would be very difficult for Catellan to prove definitively that he did not, in fact, see or have prior knowledge of “Banana and Orange” before “Comedian” ever hit the internet. On the plus side for the defense, it would be equally difficult for Morford to prove definitively that Catellan did. In that respect alone, the court would have no choice but to side with Catellan unless Morford can prove otherwise.

But the judge’s point (undoubtedly issued with an eye roll and a heavy sigh at the fact that yes, he actually does have to take this case seriously) that a yellow banana taped to a wall with silver duct tape is in itself sufficiently unique on a conceptual level to qualify for copyright protection, while certainly not what most people would think of when they think of “art” as a broad class, is going to be very difficult for the defense to work around. If Catellan cannot convince the court he had no prior knowledge of “Banana and Orange” or that a piece that was strikingly similar in concept and execution to “Comedian” already existed, he may very well end up having to pony up. Appeal would be a very risky gambit in this situation, because of Catellan’s recent legal misadventure in France.

No matter how you slice it or what the outcome is, this case is going to be very interesting to watch because the fallout from Morford v. Catellan will likely inform case law in the art world for decades to come. Besides, it’ll be fascinating to find out which party the court finds is in fact the top banana. Now orange you glad I told you about it? 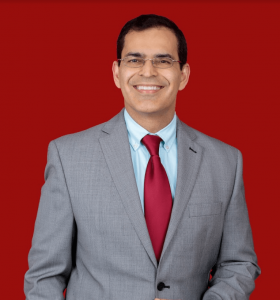