How The Immortal Blue Jeans Patent Launched An Apparel Empire

The Denim Patent Hinged On A Key Partnership!

Small actions at the right time, in the right place, with the right people, led to one of the most famous patents of all time that was the harbinger of the denim blue jeans that James Dean, America – and eventually the world – fell in love with.

The tipping point was the moment a tailor, Jacob Davis, realized he needed to protect his intellectual property. He reached out to a German immigrant, Levi Strauss, to help finance the patent which was innocuously titled “Improvement in fastening pocket-openings”.

When I look back on hundreds of client success stories at my patent law firm over the last two decades, I am always struck by the central role partnerships often play in startup success.

The evolution of the patented denim jeans is no different.

While Davis’s masterstroke was slipstreaming progress made in other industries, he ultimately could not patent his idea without the help of Strauss.

In fact, Strauss turned out to be a highly enterprising businessman who helped define the Levi’s® brand we know so well today.

Many entrepreneurs reading this may find themselves in similar situations.

As such, this well-known story is worth revisiting for the small “garage inventors” of today who form the backbone of my clientele in the American entrepreneurial landscape.

Davis happened to be at the right place at the right time: Nevada in the 1870s.  While mining operations would never reach the stratospheric heights of California, there were plenty of local miners who needed durable, practical pants to wear when digging for gold and silver deposits in the 19th Century.

He also made tents and wagon covers and was by all accounts highly skilled in garment and apparel design. One day, a miner’s wife complained to Davis that her husband’s trousers keep breaking and could not stand up to the demanding conditions of the mines.

This telling moment compelled Davis to find a solution to this annoying, everyday problem that plagued the bulk of his paying customers.     He focused his attention on the shoe industry where he noted that rivets were being used to secure seams in shoes.

He realized this may offer a long-term solution to securing pockets and button fly’s that were constantly being torn or ripped. 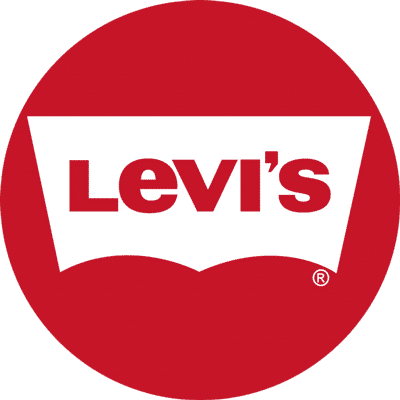 About The Blue Jeans Patent

“We did not invent the cut or fit of the waist overalls; what we did was take traditional men’s work pants and rivet them, creating the new category of workwear which we today call blue jeans."

The above is important because it again illustrates how a simple modification of an existing idea – the addition of a single rivet –  can receive patent protection and completely transform an industry.

Sometimes the best apparel ideas are the simplest!

When Strauss invited Davis over to run the first manufacturing facilities, the pair were still using a rather boring name to describe their seminal product: “Waist Overalls”.

It emphasized the practical details of the clothing but lacked the oomph to spark additional buzz and virility.  This name persisted for around the decade, as Levi Strauss & Co. relied on home-based seamstresses to craft the pants in the first phase of their business development.

The two entrepreneurs grew their business steadily and were rightly proud of their patented apparel.  As can be seen above, they used the patent to support their marketing efforts and highlight the breakthrough jean design.

The early versions featured one pocket in back and two pockets, plus the watch pocket in front.  On the back, a strap and buckle resided on the waistband to cinch the pants in.   Buttons were used for the suspenders to hold the pants up.  While the jeans look a lot different today, one feature is ageless: The arcuate stitching design, now seen on virtually all  blue jeans, was there right from the beginning.

Levi’s® claims the earthquake and fires of 1906 destroyed other key records which would have given further insight into some of the early apparel decisions made by the team.

But one decision was monumental and remains visibly etched into the history books.

In 1890, Levi Strauss decided it was time to give their brand a facelift.

For years the company had been using numbers to differentiate its various products.  In a change of direction, he decided to rename the copper riveted “waist overalls” to  501® jeans, an iconic date in the international apparel industry.

What started out as purely functional brand for local gold miners evolved into a style leader in fashion.

But this also marked another important milestone in the life of the patent:  It’s 20 year monopoly was expiring and about to be released into the public domain, meaning Levi Strauss & Co. no longer had exclusive rights to manufacture the riveted apparel.

However, a few years previously the leadership team had introduced the Two Horse® brand leather to demonstrate the strength of the pants and reinforce the company’s status as the originator of patent riveted clothing.

This brand re-enforcement would help the company differentiate itself from incoming imitators as the blue jeans grew in popularity.

Even when the great Levi Strauss died in 1902 at the age of 73, the company continued to innovate and grow into new markets.

But as the company approached the 1930s, the crowd of competitors springing up were alarming . They included Stronghold, Can’t Bust ‘Em,  and Boss of the Road.

They were all producing copycat riveted denim jeans.

"They all happened to have a leather patch on the waistband and pocket stitching that was suspiciously similar to our Arcuate stitching design."

A national sales manager suggested using a folded cloth ribbon in the structural seam of a rear patch pocket.  Specifically, the word LEVI’S® appeared on a small, rectangular red ribbon (or tab) that was sewn onto the right back pocket of the 501® jeans.

This would give the company a strong visibility edge in the marketplace and help them even further when running market surveys on their brand recognition.

Strauss’s nephews, now running the company, intrinsically understood the market power and importance of intellectual property protection. They went ahead and trademarked the tab device just before World War II.

There would be several new adjustments and enhancements to the mythical jean company over the years but Levi’s® would always remain a darling of the marketplace.

By 2018 the company would register over $5.6 billion in sales, running some famous marketing campaigns along the way. This includes the “Send Them Home Search,” a contest to find the oldest pair of Levi’s® in the United States. The winning pair dates back to the end of the 1920s.

On The Silver Screen

But perhaps the greatest advertisement for the denim blue jeans came in the 1950’s with James Dean’s performance in the movie Rebel.

He wore the straight cut with high rise in a medium blue wash – a popular 501 vintage style produced by Levi’s®.

This would forever link the blue jeans to Hollywood and the stars who roamed the silver screen.

While Davis handed the baton to Strauss to build and grow the blue jeans brand, he was no business slouch himself.   He used his good fortune to pursue other ventures including inventing a button fastened with a screw and a steam-powered canal boat.

He also invented a tailor’s ironing (and stretching) board.

He ended up having eight children.  According to Levi’s®, his descendants would go to found Ben Davis clothing.

This uniquely American adventure in creating an apparel empire all began with an extremely simple idea galvanized with a patent.

While Davis was at the right place at the right time, it can be argued that it was his partnership with the “right people” that helped ensure the famous garment rivet was protected with intellectual property, including patents and later, trademarks.

It would also be the impetus for a billion dollar brand!

Inventors should always have some appetite for risk to ensure they do not lose millions of dollars in future revenue associated with a bulletproof patent.

Sometimes the inventor needs to dare mighty things as I outline in a previous talk to the Inventors Society of South Florida (ISSF).

Finding the right partner, including a board certified patent attorney, can help you get one step closer to making your dream a commercial reality.