You got an Office Action from
The Patent Office.

Oh, no. What does this mean?

Does it mean your invention is dead in the water?
Maybe you thought your idea had wings, but now you wonder: “Was I wrong?”
Should you just let the idea go?

But wait a minute.

Is it possible the Patent Office examiner could be wrong? Do they truly understand what’s unique about your invention?

Is there any way to change their mind?

Our “Second Opinion” Strategic Office Action Review is for you, and it’s performed by former examiners from the U.S. Patent and Trademark Office.

My name is John Rizvi. I’ve been a patent attorney for over 25 years and have been an Adjunct Professor of Patent Law for the past 18 years. People call me, and my law firm, The Patent Professor®. I understand that Office Actions can be frustrating and bewildering.

Ask a Question,
Describe Your Situation,
Request a Consultation

Call (877) 330-7492 or fill out the short form below. We will usually respond within 1 business day but often do so the same day. Don’t hesitate, your questions are welcome.
* Required Fields
We respect your privacy. The information you provide will be used to answer your question or to schedule an appointment if requested.

I’m proud and excited to offer you the opportunity to

Have my team of Patent Attorneys and former Patent Office Examiners Analyze Your Office Action.

At The Patent Professor ®, our team includes four former examiners from the U.S. Patent and Trademark Office.

What do these former USPTO examiners do at The Patent Professor®?

They perform strategic reviews of Office Actions and give their recommendations for next steps, and help our attorneys overcome examiner rejections

Who else but former Patent Office Examiners could have better insight into what your examiner wants and how they can be persuaded to issue your patent?

It’s almost like having a physics professor for the course you are taking tutor you for the exam. Or knowing someone in the HR department of the company you want to work for.

They say you should fight fire with fire.

Our in-house former examiners have “switched sides.” They don’t work at the U.S. Patent Office anymore and REJECT patent applications.

Put that power in your corner.

With our "Second Opinion" Strategic Office Action Review, our team and a former USPTO patent examiner will.

How can our “Second Opinion” Strategic Office Action Review help YOU?

You already have a patent attorney, but they’re struggling to overcome the examiner’s rejections.

By applying their considerable experience and priceless insights, our team of former USPTO examiners can provide your attorney with a blueprint of the most persuasive arguments to overcome your assigned examiner’s rejections.

Additionally, if we believe your assigned examiner has a strong case, and that you’re unlikely to change their mind, we’ll give it to you straight. Why waste time and money filing response that doesn’t stand a snowball’s chance in Hell of succeeding?

You want to respond to your own Office Action, but you need guidance and the strongest possible arguments.

By applying their considerable experience and priceless insights, our team of former USPTO examiners can provide you with a blueprint of the most persuasive arguments to overcome your assigned examiner’s rejections.

Additionally, if we believe your assigned examiner has a strong case, and that you’re unlikely to change their mind, we’ll give it to you straight. Why waste time and money filing response that doesn’t stand a snowball’s chance in Hell of succeeding?

“What if I like what The Patent Professor® has to say in my ‘Second Opinion’ Strategic Office Action Review, and I want your law firm to take over my case and file the Office Action response for me?”

Well, we’re not going to send you packing. Of course, we’d love to help you! Overcoming patent examiner rejections is our passion.
Not only will we respond to your Office Action, but we’ll also:

Give you a flat-fee quote for
responding to the Office Action (no
hourly billing);

Credit 50% of your “Second
Opinion” service fee to the Office
Action response. 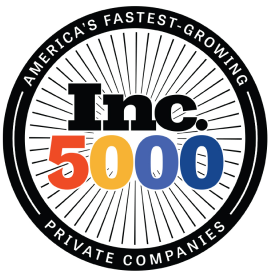 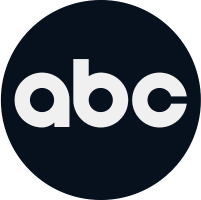 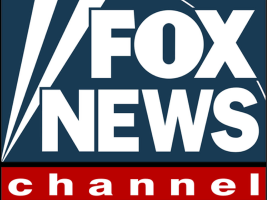 Learn More About The Patent Professor.

My name is John Rizvi. I’m a board-certified patent attorney with over 25 years of experience in patent and trademark law. People call me, and my law firm, The Patent Professor®. I founded my law firm in 2001.

Inc. Magazine named The Patent Professor® as one of the 5,000 fastest growing private companies in the U.S. and it is a tribute to the thousands of inventors that have placed their trust in my law firm.

The Patent Professor® was also ranked as one of the fastest growing law firms in the United States by the Law Firm 500.

For the past 18 years, I have served as an adjunct professor at Nova Southeastern University Law School teaching patent, trademark, and copyright law to graduating law students.

I perfected my craft at Fish & Neave (now Rogers & Wells), one of the most prestigious and revered patent law firms in the world, which counted among its distinguished list of inventor clients Alexander Graham Bell, Thomas Edison, the Wright Brothers and Henry Ford. However, I eventually tired of performing work for large, multi-national companies and formed my own firm so I could work directly with inventors and start-up entrepreneurs to help them protect their ideas.

At The Patent Professor®, I’ve watched my clients start with nothing but an idea and take their invention all the way through the successful launch of their product, often generating millions in revenue.

You might have seen one of my two TED Talks, which were featured in a listing of the “Top 10 TED Talks for Inventors” in Inventor’s Digest magazine.

The Patent Professor® has an AV rating from Martindale-Hubbel – the highest rating possible, representing the highest level of ethical standards and competence in the field.

Serving Inventors Throughout
the US & Worldwide

The information you obtain at this site is not, nor is it intended to be, legal advice.
You should consult an attorney for advice regarding your individual situation. Contacting us does not create an attorney-client relationship