Why Inventors Should (Sometimes) Fear Their Inventions

Some of the most brilliant ideas in history can come back to bite their inventors, often fatally.  While a macabre subject, it does offer fascinating reading and cautionary tales for those inventors experimenting with more radical ideas.

For instance, in the summer of 1973, Henry Smolinski attempted to pilot a flying car he had been tinkering with for some years. It was a prototype made up of a Cessna Skymaster and a Ford Pinto, creatively fitted together. 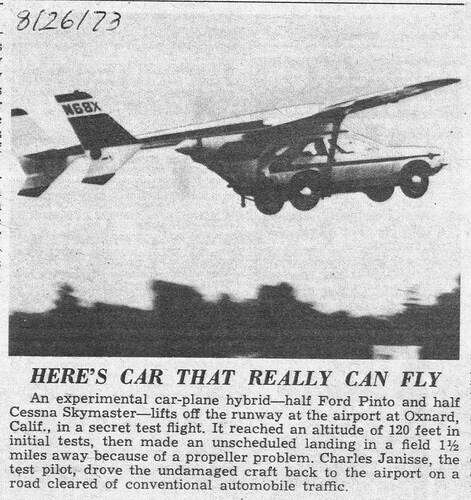 The idea was simple: take a regular car and a small airplane and modify them both, so a person could drive the car to an airport, fit the car and the waiting airframe together, take off from the runway, come down a few hundred miles away at another air strip, detach from the airframe and then drive the car away.

As the flying car made its way into the sky, onlookers saw the craft’s right wing fold in. It twisted and then fell, with various parts and pieces flying off, some striking a tree, before crashing onto a pickup truck parked in the street, it finally burst into flames killing Somlinski and his co-pilot.

The following infographic highlights further inventors who met their end doing what they loved most: turning their ideas into reality.