There’s No Such Thing As the Garage Inventor 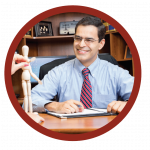 There’s No Such Thing As the Garage Inventor

Someone grew tired of walking and riding horses; thus, the automobile was invented.

Someone figured a more practical way to write without feather and ink, so pens were engineered.

Throughout our daily life, we are in contact with what once was a mere thought, from our laptops to our kitchen stoves.

What many people don’t suspect, though, are the average “everyday joe” kinds of people who have created these ideas.

Instead, people tend to credit larger, multinational companies as the inventor of such great accommodations. They say:

“What legitimate idea really starts in someone’s home?,” or “The ‘garage inventor’ is a myth.”

As a patent attorney for 20 years, I don’t believe that. Never have and never will.

You don’t have to look far to see some of the brilliant ideas that were birthed inside unconventional places like garages, college dorm rooms, or while driving to the beach.

Hell, even one of the most dominating franchises in the world – Disney – started as a so-called “garage” idea.

If you’ve been holding off on your idea until you’re more “official” in some high-tech lab or office — you’re wasting valuable time.

You’re right where you need to be to get started rather it’s in the garage, bedroom, or in your kitchen.

To be honest, the term garage inventor never made much sense to me, because an inventor can work on their idea anywhere.

The point is, it’s not about where the idea is developed but that you pursue your passion despite the support and funding of a large company behind you.

You Don’t Need the Fancy-Schmancy Stuff

You can’t be intimidated by the lack of “nice scenery” or fancy-schmancy staff and resources.

It would’ve been easy for Walt Disney to think, “oh, I can’t compete with the box office. Who would want to see something that was made without the proper and professional use of equipment?”

Mark Zuckerberg could have decided to stay in school as a backup, in case his idea failed.

But no, the individual inventor has always been someone who had a million ways to make their Plan A work.

That reminds me of why I left corporate America. I wasn’t passionate about the everyday hustle and bustle life as a New York patent attorney.

When I got into the field, it was to work with individual inventors, not huge companies, and the people far removed from the idea.

My work was meaningless, and no amount of money could compensate me to forgo on my Plan A.

So, I quit. I packed up and moved down to Florida to live with my parents and pregnant wife to pursue my own idea.

Sure, it would’ve been easy to stay, but the idea of giving up on my dream wasn’t worth the comfort of security.

I know right now, during a time of panic, crises, and uncertainty, it is easy to neglect your invention’s idea and stay in your comfort zone.

But like so many of the greats before us, we have to be tough during tough times.

It’s the spirit of resilience that got me to where I am now.

I guess you can say I am much like the clients I represent — tenacious, determined, and creative. That is why this patent attorney loves the spirit of individual inventors.

Do you know how often people said to me, “John, you are nuts? Who would leave the cushy practice of corporate patent law to represent individual inventors and start-ups?”

It’s true, it sounded crazy. Most lawyers wouldn’t do that. And maybe it seems like most inventions come from multinational companies.

But your perception is your reality. And I challenge you to see the world like Walt Disney, Steve Jobs, or Bill Gates BEFORE there was a theme park, the iPhone, or Microsoft.

​The Perfect Time to Pursue Your Idea Is Now

With a worldwide pandemic happening right now and millions of people uncertain about their financial future and job security, we’re about to experience some of the greatest ideas ever.

It happens every single time America experiences a rough patch that places the nation in extreme fear.

And those ideas aren’t always birthed by the huge multinational corporations that don’t know how to adapt to change this quickly.

It’s more than likely going to come from those “stuck” at home, questioning, “how can I make this better?”The Steve Jobs’, Mark Zuckerberg’s, and Bill Gates’ of this world are inventors that have a vision beyond their current means.

The leaders of tomorrow’s latest inventions are the misfits. They’re the ones whose ideas are ridiculed as fantasies and told that their dreams are unrealistic.

But they don’t care. They don’t need the lavish office or beaucoup money to pursue their idea during this time.

Those people are not the ones lying down in the midst of this pandemic, screaming that the sky is falling.

They are the millions of people who are at home during this crisis, who’ve been dealt with the reality that life is too short.

They’ve had enough of living a life that they don’t truly enjoy and are sick and tired of putting their dreams “on hold” because the “timing is not right” or because they fear “they are not the right ones” to birth their idea.

It is the brave souls that go all in and say, “I’m chasing my dream,” which I have dedicated the past 20 years of my life to protecting.

With time, we will see that it is the individual inventor (whose creativity knows no bound) and not the politicians nor the “sky is falling” media that will end up finding solutions to the problems we are facing today.

And when it happens, and it will, to hell if I am not going to say “I told you so!”

If you’re sitting on your idea, I hope you’re feeling more encouraged after reading this blog post to get back to creating.

And if you’re ready for the next steps of your idea and would like to speak with a trusted attorney, I would love to help you.

My team and I have been actively working around the clock to help inventors like you protect their ideas.

We have even adjusted some of our policies to help inventors during this pandemic.

Remember, you’re not alone in this process. A huge number of inventors are pushing through beyond the noise and staying on track with inventing.

I invite you to join our growing community of 1,500+ inventors inside our private Facebook group. It’s best for the individual inventor looking for immediate access to a patent attorney and a community filled with creative, like-minded individuals. Join today.