The American stereotype of the loud-mouthed, aggressive and abrasive ambulance chaser has become so much a part of the mythos of the legal profession 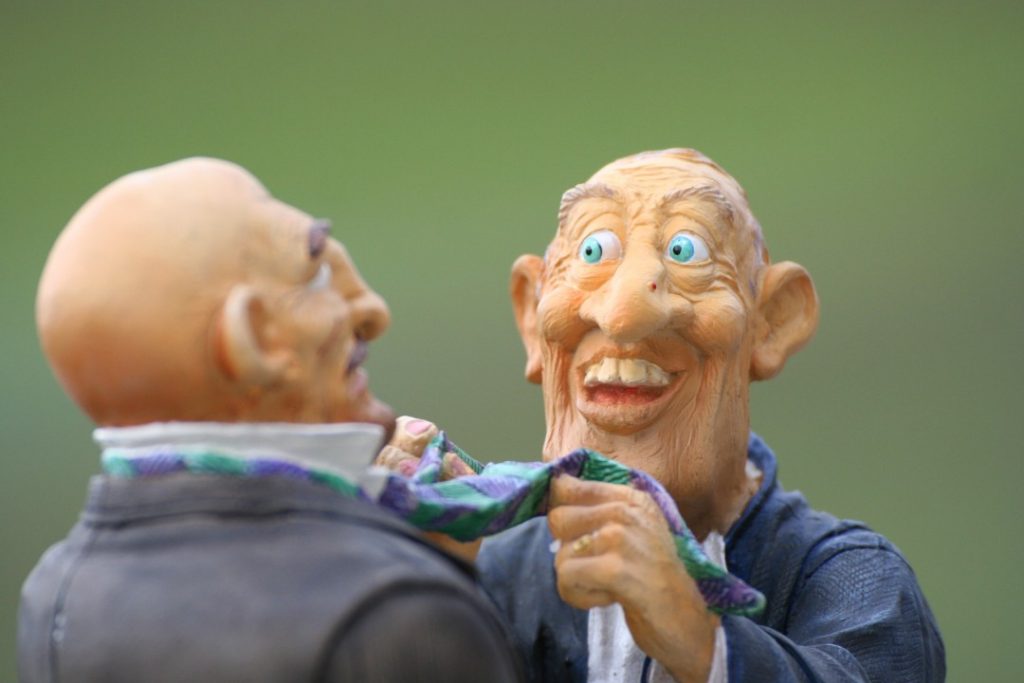 The American stereotype of the loud-mouthed, aggressive and abrasive ambulance chaser has become so much a part of the mythos of the legal profession in this country that it’s practically a comedy genre in its own right.

Pop culture would have you believe that rude, loud, and obnoxiously pushy attorneys are the ones that manage to pull out the big win for their clients.

I am a mild-mannered patent attorney and believe that logic and reasoning and the ability to persuade through analysis are the hallmarks of a good attorney.

And after 25 years of practice, my track record supports this but I didn’t always know this would be the case. 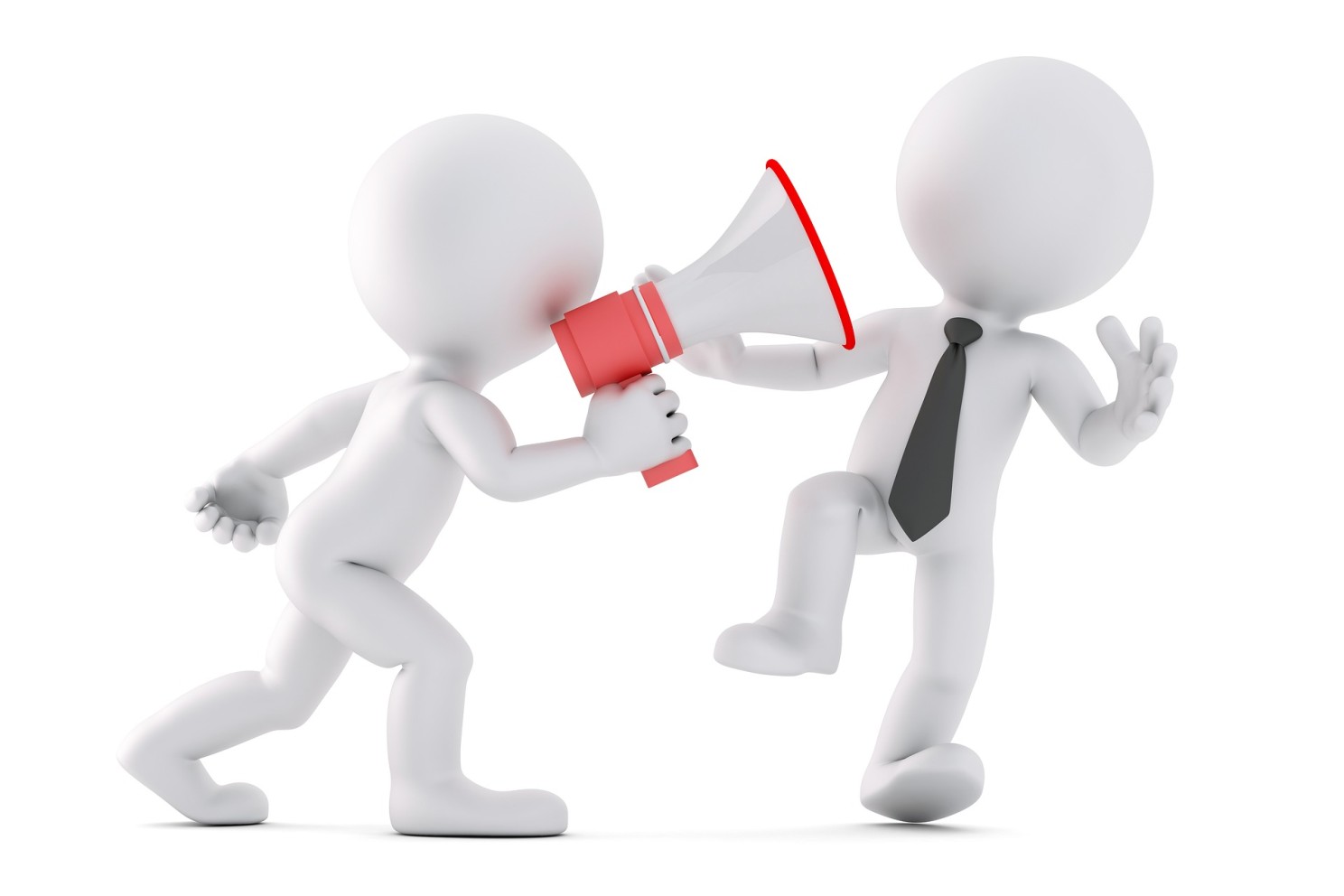 I was the first lawyer in my family. In fact, we didn’t even know anyone that was a lawyer when I was growing up. My first boss as a law clerk was my first real interaction with a lawyer that was not one of my law school professors. Until then, my exposure to the legal profession came mostly from a source many people might find surprising.

I grew up before the internet, and that meant the biggest exposure I had to lawyers was by looking at pictures of lawyers in phone books. Anyone old enough to remember phone books will recall that half the phone book was full of lawyer ads. In fact, when they started having fridge magnets glued onto the back of phone books, the fridge magnet itself was also likely a lawyer ad.

Now, every lawyer I saw in a phone book ad touted how aggressive they were and how “hard we fight.” Even as a kid, this struck me as odd, and I always wondered why they were “fighting” instead of “persuading.” 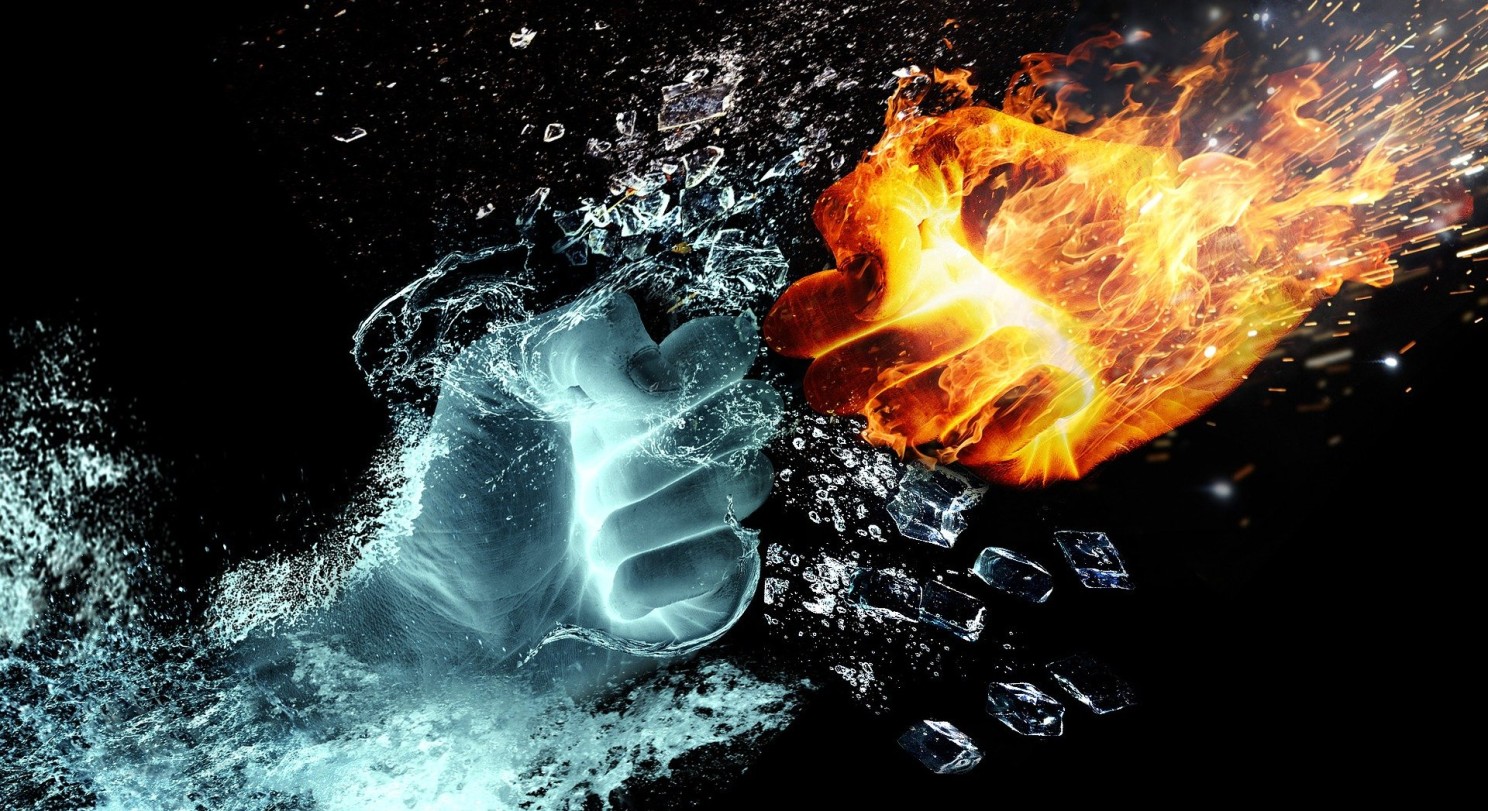 It seemed like every lawyer in every ad was doing their damnedest to scowl meaner and look more intimidating than their competition.

The text of every ad had some variation of “Call us – we are the aggressive attorneys!” or how the attorney would claim they never back down from a fight.

I have four daughters and if any of them came home with someone that scowled and looked aggressively obnoxious in a way even remotely anything close to some of the lawyer ads I’ve seen, I would advise them to RUN!

I’m an engineer. I’m logical and detail-oriented and mild-mannered and nerdy. As an engineer, I couldn’t care less how loud someone was or how many times they repeated themselves; the science had to support their conclusions.

Bridges don’t stay up and buildings don’t withstand hurricanes because the engineer is loud or obnoxious or fights aggressively.

They stand up because the engineer knows what they’re doing and they’re careful and meticulous in every facet of their work!

I cannot even imagine an engineer that was proud of “never checking my calculations” or “never changing their answer.”

Hell, any engineer when confronted with scientific principles showing that their design was faulty had BETTER check their work and not dig in and get aggressive and fight! That’s a great way to lose your license to practice, and could buy you some heavy jail time too!

I always thought that law should work the same way. I was never a natural extrovert.

Throughout much of law school I saw this ruthless, relentless “dog eat dog” mentality of Darwinism gone insane from my extroverted peers and wondered if I had made a mistake going into a profession where being obnoxious was the norm.

From everything I’d seen, it seemed as if working as a lawyer meant you were going into one “street fight” after another. Most of my peers certainly seemed to feel that way, largely because like me, they had the same exposure to the legal profession on a practical level that I had: ZERO.

And in their eyes, that meant only those that could stomach being the most obnoxious and ruthlessly mean and nasty lawyers would win. 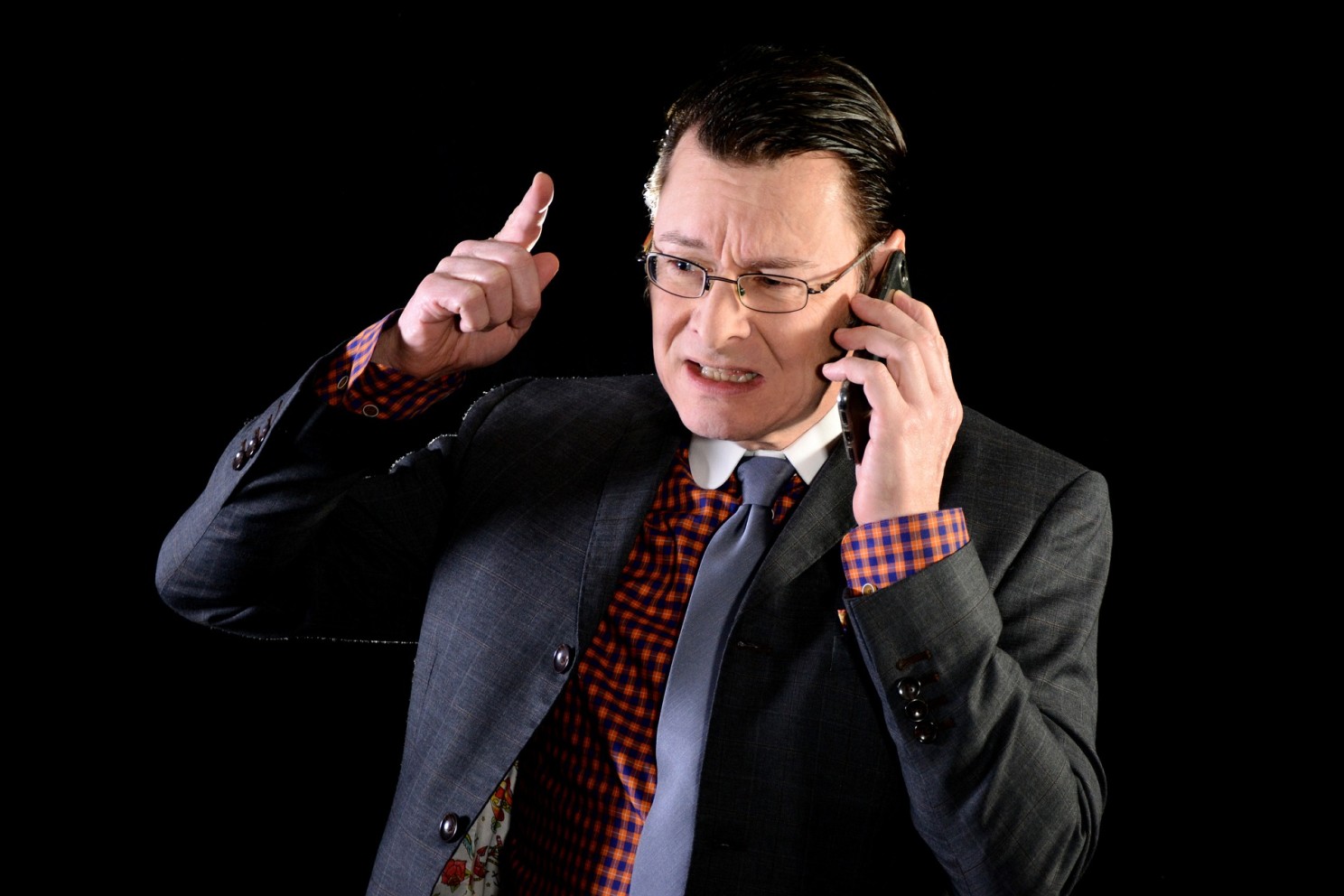 I resolved, having seen the hungry, predatory “fighter” approach to the law most of my fellow students brought to the table, that if I went through with law school, I would not let it change who I am. I would make my case for patentability based on logic and reasoning instead of yelling, screaming, and being obnoxious.

Were there times that I doubted myself and whether I had what it took to be a good lawyer, or whether what I was giving up to become a lawyer was worth it?

You see, I loved my job as an engineer. I loved creating new things and creative aspects of bringing something new into the world. And as an engineer I got to work with people that were creative and brilliant and logical and generally nice people to be around.

I am so glad that my fears were unfounded. And I am incredibly fortunate to have run across lawyers that saw potential in me that I didn’t even see in myself at the time. Those that urged me not to believe those ads you see.

My law school professors and early mentors convinced me that, true to my intuition, logic and reasoning really are the lifeblood of the law.

A truly great lawyer will be honest with their client and tell them when they are wasting their time in court. Of course, they might actually think that being “the aggressive fighter” they claim to be in their ads is the right way to approach any case. But if the facts and their track records don’t support that claim, then, as the old saying goes, “Quod erat demonstrandum (QED),” or “Which was to be demonstrated.”

I’ve carried this belief forward into my own practice, so much so that it informs everything I do, from which clients I choose to take on to how I select the people who work in my firm.

I give written tests to my prospective associates and employees to gauge their responses to various hypothetical situations. I ask probing questions to gauge how clients and associates alike would react to a given scenario. I’m not against someone who comes in with a chip on their shoulder, thinking they are God’s gift to the legal profession and/or the world at large, provided they can channel that chip usefully by showing their ability to reason well and not by being loud and obnoxious.

Those applicants can go to my competition, to whom I say, “You’re welcome and good luck, because you’ll likely need it!”

The Patent Professor® has achieved plenty of amazing things by following this formula.

Our track record in achieving amazing results for our clients in winning their patents speaks for itself. In fact, my law firm was ranked in the Inc. 5000 Fastest-Growing Companies in America list. Incidentally, we were also ranked among as the 37th fastest-growing law firm in the United States and are listed on the Law Firm 500. Our incredible winning stats. The way every person at my firm, from myself down to the copy intern is passionate about patent law and the results we are trying to achieve for our clients. My team is often so engrossed within a client’s patenting matter that we find ourselves drinking cold coffee, forgetting about food or only realizing it’s well past dark when our stomach sounds off as we finalize the 99th final draft of a patent application.

No one at my firm is obnoxious about what they do—and the data and hard numbers that demonstrate our results show we don’t have to be.

Think the loudmouth throwing attitude at you from a TV screen about how aggressive they are is a great lawyer? You are wrong.

Obnoxious attorneys actually finish LAST—and our results are the type that tells me I’m doing something right by persuading via logic and reasoning instead of simply speaking louder and repeating the same arguments over and over again. 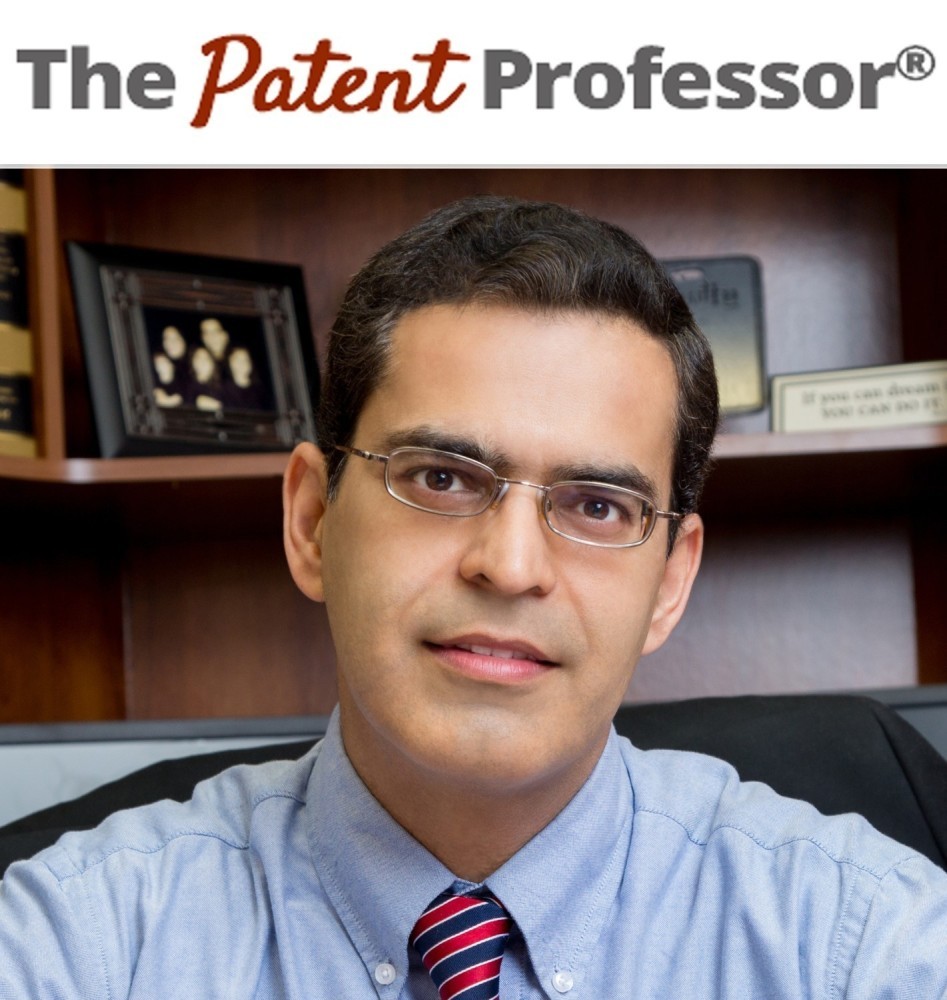