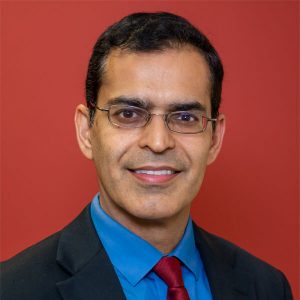 John Rizvi is a founding partner of the firm and has focused his practice exclusively on matters relating to patent, trademark, and copyright law for the past 18 years.

He is one of the first group of attorneys ever to be Board Certified by the Florida Bar as an expert in Intellectual Property Law. Certification is the highest level of recognition of the competency and experience of attorneys in the areas of law approved for certification by the Supreme Court of Florida.

Additionally, for the past 15 years, he has been an Adjunct Professor at the Nova Southeastern University Shepard Board Law Center where he teaches courses in intellectual property law and is the author and narrator of “Patent Protection: A Practical Guide for Inventors”, part of an educational audio series produced to explain the nuances of the patenting process.

He is AV Rated by the Martindale-Hubbell Law Directory, the highest rating possible, and focuses his practice on the preparation and prosecution of U.S. and international patent and trademark applications, patent and trademark validity and infringement opinions, licensing, transactional support, and all aspects of intellectual property litigation.

"Top 10 Reasons Why I Should Be Your Patent Attorney"

Wondering why you should choose me as your patent attorney?

Find out why not

John received his Juris Doctorate (J.D.), from the University of Miami School of Law, and has a Bachelor of Science degree, in Civil Engineering, from the Florida Institute of Technology. He is licensed to practice in both Florida and New York and is also admitted to practice before the United States Patent and Trademark Office in Washington, D.C. Additionally, he is admitted to practice before the U.S. Court of Appeals for the Federal Circuit, the Florida Supreme Court, the U.S. District Court for the Southern District of Florida, and the U.S. District Courts for the Eastern and Southern Districts of New York.

Before establishing his own practice, John spent several years as a Registered Patent Attorney at the internationally renowned intellectual property law firm of Fish & Neave in New York City (now merged with Ropes & Gray LLP). The firm has been retained by Thomas Edison, Henry Ford, the Wright Brothers, and Alexander Graham Bell when they desired protection for their pioneering inventions and made history again in 1992, by procuring a $972 million dollar judgment against Polaroid for patent infringement. To date, this remains the largest patent infringement judgment in history. During his tenure, John enjoyed a multifaceted litigation and prosecution based practice dedicated to providing clients with effective legal barriers to competition through the application of patent, trademark, and copyright laws.

Prior to becoming an attorney, John worked as a Registered Patent Agent at the Miami office of Malloy & Malloy, P.A., a Florida based intellectual property law firm and also practiced as a consulting engineer focusing on structural systems, engineering, and foundation design. He is a past college president of Chi Epsilon, the Civil Engineering Honor Society and a member of Tau Beta Pi, the national engineering honor society.

Send us a message

The Story of My Law Firm

Have an Idea or Invention?

Don’t leave your idea unprotected for someone else to steal. Get the patent process started right away.

Your brand is your identity. If, your brand is not protected someone else could claim rights to it. Take action and get a trademark now. 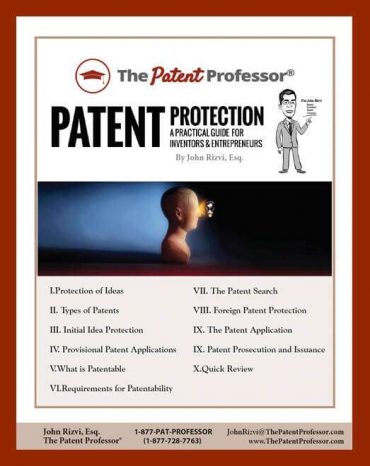 Do you have an idea, product or service you’d like to protect? Don’t let your idea get stolen!

Get Your Free Guide Now