Is Your Target Market Large Enough to Support Your Invention? 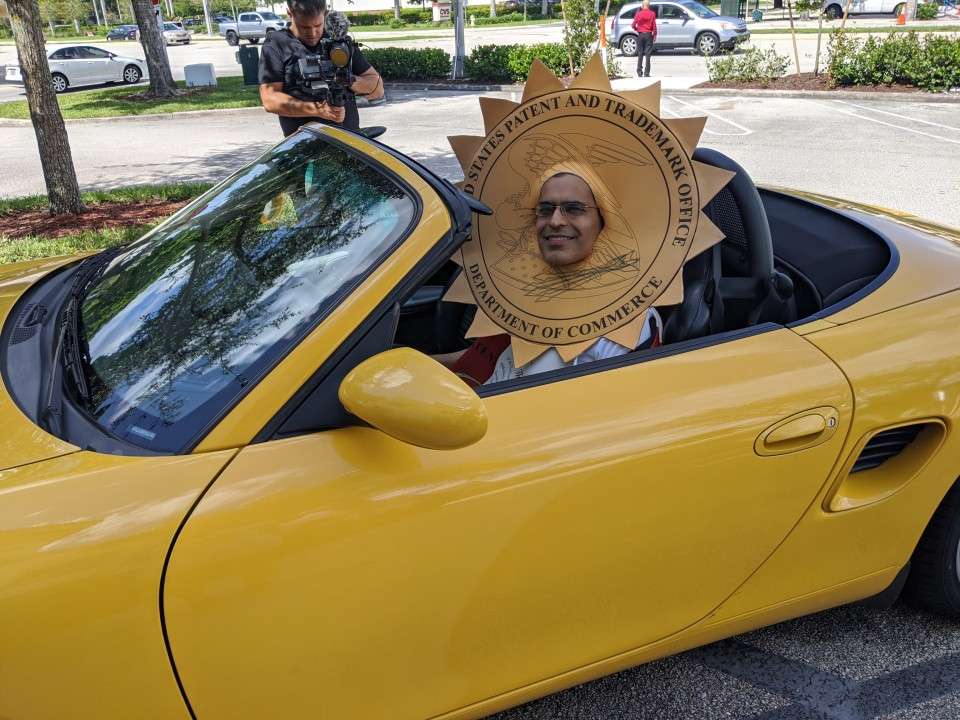 My Halloween costume this year attracted a lot of attention!

I looked high, low and in between for a patent costume. No, I don’t mean a costume made of patent leather. I mean I wanted to dress up as a patent from the US Patent and Trademark Office.

Amazon. Walmart. eBay. Party Central. Spirit of Halloween. I checked all the usual suspects, and a few not-so-usual avenues as well—all for naught. If I was going to be a patent for Halloween, I’d have to make it happen myself.

The result, as you can see and in my ever so humble opinion, is very on-brand: eye-catching, offbeat and just a little on the nerdy side. In other words, ideal for The Patent Professor®!

Like so many of my inventions I’ve talked about over the years, and so many inventors before me and still to come, I didn’t set out to “invent” anything. I had a problem and needed a solution. Because the solution I needed didn’t exist, I had to figure one out. That’s how nearly every invention starts: as a possible answer to a perceived need.

Of course, finding an answer to a vexing situation is only the beginning. As one does, I started to consider the possible ways I could translate my invention into a possible additional income vector. A few minutes’ thought nixed this idea thoroughly, though. There’s a reason patent costumes aren’t exactly easy to come by: there’s simply not a large enough market to make them worth producing on the macro scale, unlike costumes of your favorite (or least favorite) politicians, celebrities or superheroes.

To the best of my knowledge, I am the entire existing market for patent costumes.

I’m not exactly unaccustomed to being the purple zebra in any crowd, especially among attorneys. After all, I’m the same guy who gave many of my colleagues the vapors when I got my office staff involved in a video stressing to my target clientele the need to “Shut Your Freaking Mouth!” I tend to view “conventional wisdom” and “the way it’s always been done” as cute oddities.

To be fair, some of these norms exist for very good reasons, but in all immodesty, I’m good enough at what I do to know which conventions are valid, valuable and inviolate, and which ones can be dispensed with without harming my practice, my reputation or and most important of all my clients.

But even as used to being the outlier, the oddball and the unicorn in a group as I am, there’s simply no way to make my fairly geeky niche of law interesting enough to a large enough group of people to make producing and marketing a patent costume for the masses feasible and profitable. It’s at best an oddity which, if I chose to pursue it, would likely be destined to end up on one of those super-cheesy late-night infomercials or the “As Seen on TV” shelf at your favorite big-box store, at a markdown which represents a huge loss over the production, advertising and R&D sunk cost.

However, all is not lost!

My costume was a big hit among those who saw it, an audience which was greatly diminished from other Halloweens in the near past. That’s a win in itself. It generated some curiosity, some buzz, some great questions and there’s a strong possibility that in the weeks to come, I may just be laying the groundwork to assist an inventor or two with their new innovation on the strength of my silly patent costume.

Of course, not everyone loved the idea. I posted a funny video of me in my patent costume on Facebook…and received the following.

I posted a fun Halloween video on my Facebook page and got ripped. I was told I can’t be taken seriously as a patent attorney in my “outfit.” Sure, it stung a little, but here’s my reply:

Remember, if you are going to put your genuine self out there on social media, you have to be comfortable with the fact that not everybody will like you.

More important than the social media attaboys and boos it garnered, it gave me a chance to consider something too many inventors lose sight of in the rush of creation and the Eureka! moment. One of the first questions I always ask is, “Okay. If you invest the money and the time to secure legal counsel, file, receive and defend a patent for your invention, who’s your target market? How are you going to parlay the sunk cost of developing this invention into a profit? Will the number of people likely to purchase it offset or exceed the opportunity cost you’ve already put into this, plus the expenses you will amass to get this to the open market?”

Just because an invention is simple doesn’t mean it’s not profitable. Look at the humble Java Jacket. It doesn’t look like much, and to be honest it really isn’t. But it launched a multimillion-dollar empire which some of the largest coffee companies in the world rely on to keep their customers caffeinated without singing their fingers. A Fourth of July sparkler. Ice cube trays. The Roomba. Childproof medication bottle caps. All of these fairly simple when you get down to their basics, and sparklers really don’t solve a problem at all; they’re just fun and pretty to look at! But every one of these inventions is the basis of incredible wealth for those who first conceived of them, and those who’ve taken the initial concepts and improved upon them.

Likewise, just because an invention solves a problem doesn’t mean there’s a market for it. I wanted a patent costume. I couldn’t find a patent costume. I made a patent costume. The fact I couldn’t find one to begin with, as opposed to a Darth Vader or Mitch McConnell or Hillary Clinton or Batman or Count Dracula costume, speaks volumes about the perceived value of a patent costume to the market. Similarly, my ice cream cone holder, the precise formula for determining the correct ketchup to French fries ratio and so on are interesting and useful in limited circumstances—but there’s no market for them. No one’s going to beat my door down to steal the arcane engineering math to properly portion out ketchup for fries.

My patent costume design is vanishingly unlikely to ever be the target of industrial espionage. My ice cream holder may be the most useful “invention” I’ve ever come up with from a marketing perspective, but there are so many variants already on the market that it would take a nigh-Biblical miracle to shoulder aside the competition and get enough traction to make it a worthwhile fight for dominance in the space.

The moral of the story is, before you get too excited about the cool invention you’ve created, ask yourself if there’s a market you can tap for it. If there is, it’s worth your while to go through the patent process and secure your intellectual property rights. If there isn’t, and you can’t tweak or refine the design enough to make it stand out as a useful addition in the market for a broad consumer base, you might be better off to file it as a curiosity and move on.

Before you consign your invention to the dustbin of cool ideas that don’t have legs, give me a call. I help people get their inventions off the ground—and sometimes I can help them identify possible opportunities they didn’t think of while laying out the claims of the patent which can make them more marketable and profitable.

Don’t give up on your design before you talk to a board-certified patent attorney like the Patent Professor®!