License to Steal: How the Ukrainian Conflict May Impact US Patent Holders in Russia

The global response to Russia’s role as the chief aggressor in the Ukrainian war has many surprising—and chilling—implications. From rising gas prices to the

The global response to Russia’s role as the chief aggressor in the Ukrainian war has many surprising—and chilling—implications. From rising gas prices to the heartbreaking images and stories on the news, to the resurrected specter of a nuclear war of annihilation which most people thought well and truly buried with the end of the Cold War, it seems the Ukrainian conflict has left virtually nothing in the Western world untouched.

World leaders are massing to condemn the aggression through sanctions, diplomacy and financial avenues. Russia insists they are merely pacifying an unstable regime, all the while threatening retaliation against countries which may consider joining NATO or participating in suppression of Russian action in Ukraine, up to and including direct military confrontation.

But it’s the Russian response to sanctions, and specifically the passage of two decrees concerning intellectual property owned by denizens of “unfriendly countries” who have protested the Russian attack on Ukraine, that I find particularly alarming and unfathomable. Let’s take a closer look at these decrees and evaluate the far-reaching and potentially catastrophic results they may involve for Russia.

Effective from March 6th 2022 and signed by Russian Prime Minister Mikhail Mishustin, this decree states the Russian government may order compulsory licensing of intellectual property within Russia’s borders at a time of declared “extreme need” or in the interest of national security. While the concept of compulsory licensing is not new, Decree No. 299 states that “patented inventions, utility models or industrial designs owned by companies or private patent holders from ‘unfriendly countries’ [apparently, the 48 countries which currently have sanctions operating against Russia; or any country that opposes Russia’s occupation of Ukraine; and/or sides with NATO in any way contrary to Vladimir Putin’s wishes and whims]” can be seized and used at the will of the Russian government with ZERO compensation to the rightful owner of the intellectual property in question.

Previously for all such compulsory licensing, and currently for regimes seen as friendly to Moscow, the rate of compensation was 0.5% of the licensee’s turnover (i.e. the profit lost from such a takeover by the state). There is no stated term limit on this “nationalization” of IP based in so-called unfriendly countries, and the type of goods and IP the law does or could target is unclear. However, given Vladimir Putin’s increasingly belligerent rhetoric concerning sanctions and other perceived threats against Russia, it seems reasonable to presume that at the very least the decree will remain in force while a) Vladimir Putin remains in power; b) sanctions against Russia because of the Ukrainian war persist; c) companies from countries who have protested Russia’s aggression continue to depart the country; and c) the Russian government feels it can continue to get away with this method of economic warfare/state-sanctioned IP theft.

But even more frightening, because it has the full force of the Russian Federal Assembly behind it, is Russian Federal Law No. 46-FZ, which states the Russian government can unilaterally declare patents, trademarks and copyrights on goods unenforceable—and thus state property. While 46-FZ has a stated term limit of the end of 2022, and is written to stipulate it will only invoked in the case of “extreme need” and for specific classes of goods rather than those originating in a particular place as with Decree No. 299, the statute is written so broadly that it effectively gives Putin and the Federal Assembly carte blanche to declare any IP currently registered in Russia invalid and subject to state seizure and use at any time so long as they can defend the seizure as essential to the security or survival of the state.

What does this mean for American IP owners dealing with Russia?

Taken together, these two pieces of legislation are a death knell for the rights of IP owners from nations deemed hostile to the Russian regime. When companies and corporate giants like Starbucks, McDonald’s and FedEx pull their business from Russia, these laws essentially put their brands, patents, trademarks and identities in the hands of Vladimir Putin. It’s reasonable to figure that Starbucks and The Golden Arches are probably going to be okay, even if they weather a turbulent quarter or two of decreasing share values and irate shareholders while the situation stabilizes.

But for the garage inventor or small start-up, the programmer working on creating an innovative new software language on their own time or the writer whose new book has just been released through a Russian publishing house, these laws have the potential to be catastrophic.

Not only can the Russian government claim compulsory licensing rights and cut the rightful IP owner off from any compensation, but this also leaves innovations seized in such a way vulnerable to theft well beyond Russia’s borders, making Russia essentially a black hole for American-owned IP. 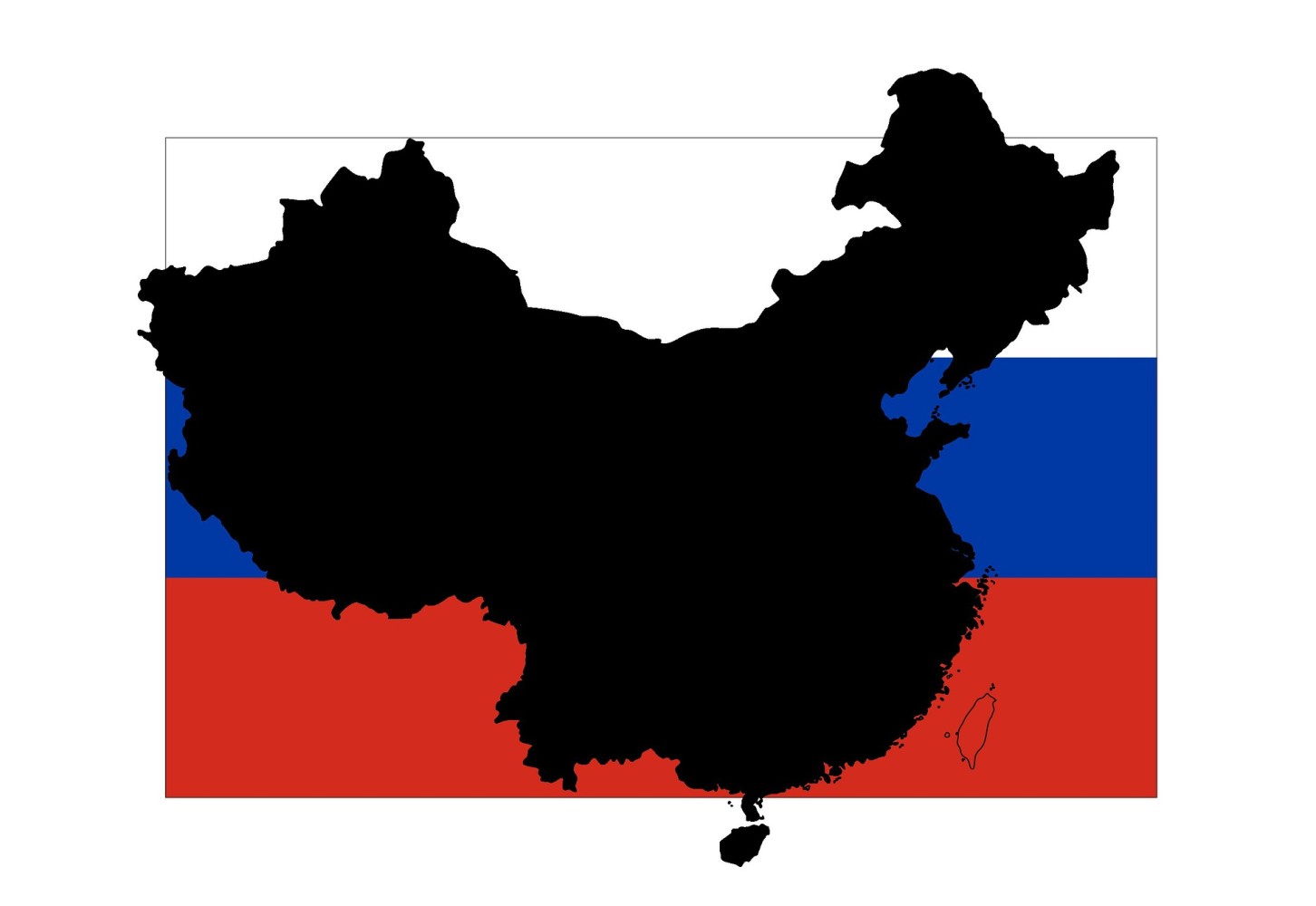 For example, e-book piracy is such a commonplace problem that an author I know recently lamented that he’s had more copies of his work stolen in his career than he ever hopes to sell. And this is with the relatively robust protection of the Digital Millennium Copyright Act, various Interpol regulations and IP protection under sovereign and international laws. If the Russian government elects to seize an author’s copyrighted work under the guise of “great need” and for the security of the state, and that work is subsequently pirated from within Russia, the author would effectively have no recourse at all. In much the same way, any form of intellectual property, from the iconic Golden Arches to the latest iterations of a broad-spectrum antiviral medication or the latest thriller novel, could be seized as property of the state, used and even licensed by the Russian government to so-called “friendly” regimes with Russia acting as the sole owner and holder of the IP in question. This could potentially result in billions or even trillions of dollars’ worth of worldwide disruption to the rights of IP holders—and a more robust war chest for Moscow to continue attacking Ukraine and possibly beyond.

Now, I don’t want to sound like an alarmist here. This is a worst-case scenario that assumes three things.

First, Moscow continues on its current trajectory and either ultimately takes over Ukraine or acknowledges defeat. The war in Ukraine drags on but does not spill over into other countries such as Poland, Sweden or Finland, and Russia does not make any further provocative maneuvers toward NATO member nations. Second, Putin doesn’t decide that the risk of nuclear war is worth the mutually assured destruction it would cause just to be able to say he got the last word in. If this were to happen, obviously, all bets are off and the validity of a given piece of IP in Russia is probably the least of anyone’s worries.

I think the most likely outcome is that more countries will be provoked to pull away from trade and cooperation with Russia, wreaking further havoc upon its economy and causing privation and austerity not seen since the last days of Communism within Russia’s borders. While Russia can seize the IP of innovators from “unfriendly countries,” this threat only remains valid while IP or goods still remain TO be seized. If, the threat loses its fangs very quickly and risks turning to state cannibalism of its own innovators. Russians who have gotten used to the benefits of capitalism are unlikely to find this tolerable, which could herald the ouster of Putin and his entire party from power—but not without a high price.

In this scenario, it is likely that the United Nations and World Court get involved. They may declare Russia to be liable for compensation and fines arising from IP abuse under these statutes and even place Russia’s IP registration apparatus under an international watchdog until certain terms and conditions are met.

Think of this as an economic occupation, enforced with words and hard currency rather than with bullets and bombs.