The hit TV show Shark Tank has done a lot to inspire people to do something with their product ideas. It’s also scared off some would-be inventors.

It seems every episode includes at least one inventor with a harrowing tale of going through Hell to start a business.

They get teary-eyed and their shoulders droop as they describe mortgaging their homes, officially giving up sleep, making their kids stuff envelopes in a dining room table assembly line, and making a deal with a mediocre foreign factory that stuck them with a warehouse full of flawed products. 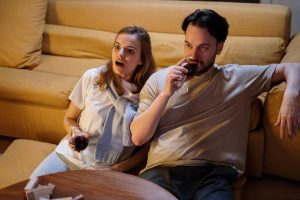 For Some, It’s an Innovation-Killer – But There’s Good News

Imagine watching this as someone who doesn’t intimately understand the ins-and-outs of making money from an invention. (Maybe you don’t even have to imagine it – maybe it’s you.)

And maybe you thought you had an idea that could change the world, but thanks to the nightmare anecdotes on Shark Tank, you thought, if this is what I have to go through to get an invention out there, maybe I should just forget it.

Has this happened to you?

Well, I’ve got good news for you.

You can still make money from your invention without ever having to talk to a manufacturer, or a distributor, or an investor; without losing a moment’s sleep, or forcing your 6-year-old to become a shipping clerk.

However, maybe you can’t relate to the turn-off I’ve just described. Maybe you love the idea of starting a business. After all, sob stories aren’t the only stories on Shark Tank.

For Others, Starting a Business is Downright Sexy

We also meet inventors on Shark Tank who started a business to profit from their invention, and they had a fantastic time doing it.

During their pitch, you can almost see the electricity crackling around them as they talk about all they’ve learned and overcome.

These people are born entrepreneurs.

They live to clear the hurdles of building a business. Throw a problem at them and they rub their hands together with glee, as if coming up with a solution is as delicious as a five-layer cake. They’re as agile as an Olympic gymnast, a friend of numbers, and want to learn everything.

You might be one of those people – and maybe you don’t know where to begin to learn everything these people talk about. (And it’s a lot to learn.)

Finding the Right Path for You

Whether you’re entrepreneur material or not, it would be a shame not to give your idea a chance. You just have to get it protected, and then decide what road you want to take to make it pay.

But how can you tell if you’re a natural-born business starter, or someone who should take a more passive approach to profit?

Let’s start with your personality.

Inventors Who Should Consider Starting a Business

We’ve already talked about how the challenges of starting and running a business light some people up. Are you one of those people?

If you aren’t, that’s OK. It doesn’t mean that you’re lazy, stupid, or dispassionate. It just means that you have a set of circumstances, skills and strengths that will make you happier and more productive in contexts other than active business ownership.

An expert panel of business coaches helped compile a list of essential skills and traits for business owners for Forbes, which included:

Most of these traits are self-explanatory, but some deserve elaboration. Take “persuasiveness,” for example. Why would the ability to be persuasive be so important in building a business?

Carl Gould of 7 Stage Advisors, a business coaching and consulting firm, told Forbes, “To be successful in any business, you need to be able to convince others (clients and staff) that your idea is worthy of their support (time, talent and/or treasure). Can you convince enough people to buy your product and enough staff to align with you?”

In a nutshell, the ability to be a good salesperson is critical to building a thriving business. You’re selling more than just your invented product, and to more people than just your end customer.

Where does “vulnerability” come in?

Lori Harris is the Managing Partner of Harris Whitesell Consulting, L.L.C. She told Forbes, “ Vulnerability, self-awareness, curiosity, humility, great courage, discipline, adaptability and thoughtful communications…are just a few skills and characteristics needed to be the boss and run a business…A leader is never able to do it all and must come from a confident place of vision and values to realize success.”

Harris is right. None of us can “do it all.” If it’s your first time building a business, there will be many instances when you’ll have to admit that you don’t know how to do something, and you must be willing to ask for help.

If that’s difficult for you, entrepreneurship may not be the best way to profit from your invention.

You’ll notice that “gut intelligence” is on the list. That comes from Susan K. Wehrley, a specialist in women’s leadership development with BIZremedies, who told Forbes, “Gut intelligence is the wisdom to know the truth and the guts to do something about it! When business leaders and owners have high gut intelligence, they notice cues early on and resolve them.”

Does this definition of “gut intelligence” resonate with you? If so, you might be a natural-born entrepreneur.

What Building a Business Around Your Invention Looks Like

For example, be prepared to:

And we’re just scratching the surface.

Does the prospect of gaining mastery in all of these areas excite you? If so, combined with the right personality, you could be poised to make a killing with your invention by building your own business around it.

On the other hand, if you want to hide under a rock, you might be better off licensing your invention or selling your patent outright.

Either licensing or selling an invention are great options if you just want to collect money for your idea and otherwise remain hands-off.

Don’t Let Someone Steal Your Idea – and Your Potential Profit 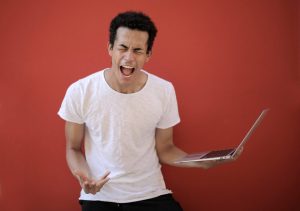 Whether you decide to start a business, license your idea, or sell it, it will eventually become necessary for you to show your idea to someone else. That “someone else” could be a potential manufacturer, licensee, or buyer. It could also be someone you hire to help build a prototype, or even someone who loves you and can’t help bragging about your brilliant idea because they’re proud of you.

If you don’t have an active patent application filed for your invention in the U.S. Patent and Trademark Office, anyone – absolutely anyone – can steal your idea out from under you, and even prevent you from profiting from your own idea!

By filing a patent application on your idea before you do.

The Patent Office Doesn’t Care Who Invented It First

Don’t make the mistake of believing that it matters to the U.S. Patent Office who came up with an idea first. That’s not their concern.

For example, suppose you’ve been working on an invention in your garage for ten years. Finally, you’re ready to file a patent application.

Then, you discover that someone else has already filed a patent application for your invention – and it’s your next-door neighbor!

This guy has stopped by your garage a thousand times, and he’s seen your work. You even told him all about your gadget – what is was, what it was meant to do.

In your mind, he stole your idea. But don’t go complaining to the U.S. Patent Office. They couldn’t care less.

Your neighbor now has a patent on your idea – and there’s nothing you can do about it. And his patent legally prevents you from making and selling your idea!

Don’t let it happen to you.

Keep your idea top-secret. Discuss it only with your patent attorney, when you will be protected by attorney client privilege.

You can get your idea protected and start talking freely to potential licensees, buyers, investors, and others for way, way less than ten grand.

We’re a top-rated patent law firm that does what most firms of our caliber don’t: we focus on getting ironclad patent protection for new inventors and small businesses. We think you deserve the same quality of protection that’s enjoyed by multi-billion-dollar companies.

We’ll discuss your options with you for free. Get in touch to schedule a consultation today.