Coca Cola History on How it Became a Household Brand 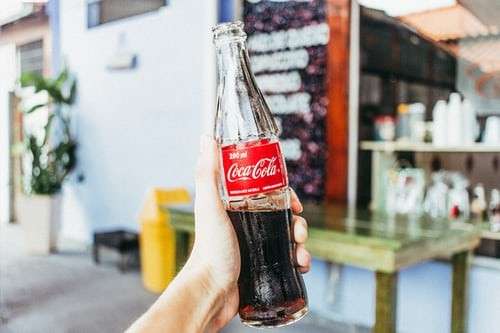 How did it all start?

Coca-Cola is a household company brand with humbling beginnings. For over 100 years, the cool beverage has had much business success. But, like most profitable businesses in the U.S., Coca-Cola has gone through many stages of growth.

In 1886, an Atlanta pharmacist, Dr. John Stith Pemberton, created a syrup for Coca-Cola and sold the fountain drink for five cents. Dr. Pemberton thought that the two C’s would look the best in advertising, so his business partner Frank M. Robinson composed the famous Coca-Cola trademark in its original calligraphy. The first newspaper ad with the Coca-Cola trademark appeared in The Atlanta Journal. After the visibility of the ad, Coca-Cola averaged sales with nine drinks per day.

When did Coca-Cola start to see success?

In 1899, the fountain beverage company signed its first agreement with an independent bottling company to distribute the soft drink. Its licensing agreement set the foundation for the American soft-drink industry today.

When Candler took ownership of the company, sales increased from 9,000 to 370,877 gallons. Once Coca-Cola capitalized on the U.S. market, it had to expand its territory globally. In 1982, Coca-Cola was the first company to sell cold beverages in China. Today, Coca-Cola distributes a variety of its soft drinks in many countries.

There are different growth phases in business, such as start-up, growth, expansion, and maturity stages. It can be very complicated for a company to reach its maturity phase due to its rigorous and complex industry marketplace.

When Coca-Cola entered its maturity phase, products and global expansion was not the only sector of business Coca-Cola maximized. The renowned brand went public in 1919 and has leaped into the art and film industry with its bottle design.

Coca-Cola’s patented signature bottle is nicknamed the “hobble skirt” and is considered an antique. The classic bottle is a nostalgic souvenir for fans of the brand’s evolution.

As you enjoy Coca-Cola, remember that even the biggest soft drink company in the world started with just an idea.

His books include “Escaping the Gray” and “Think and Grow Rich for Inventors” and have won critical acclaim, including an endorsement from Kevin Harrington, one of the original sharks on the hit TV show – Shark Tank, responsible for the successful launch of over 500 products resulting in more than $5 billion in sales worldwide. You can learn more about Professor Rizvi his patent law practice at www.ThePatentProfessor.com

I have over two decades of experience as a patent attorney and working with entrepreneurs and inventors to help protect and profit from their ideas.  Please contact me online if you need to take the next step with the United States Patent Office.