Medical Inventors, I’ll bet that many of you purveying my patent attorney services have at some point or another suffered a nasty Anterior Cruciate Ligament (ACL) tear that keeps you off the tennis court or impacts your ability to climb stairs without pain.

Over one million ligament and tendon orthopedic reconstruction surgeries are performed nationally, making this a target-rich environment for startups and inventors to brainstorm new strategies to help aging American knees recover better.

As a champion of small ideas that cast giant shadows in the marketplace, I must tip my hat to an enterprising young inventor who’s tackling the challenges of ligament reconstruction surgery head-on.

Lia Winter, a recent graduate from the University of Tennessee is the mastermind behind Easy Whip™, a patent-pending surgical needle that makes whip stitching in orthopedic surgeries vastly simpler and more elegant.

If ever the phrase Keep It Simple, Stupid (KISS) described an invention in the medical field, Easy Whip™ would surely be it!

How Did They All Miss This Idea?

In fact, the concept and design is so simple and powerful that many established orthopedic surgeons are kicking themselves that they did not come  up with the groundbreaking medical idea first.

The novel two-part needle is designed to facilitate rapid healing of ACL injuries in the knee and rotator cuff tears in the shoulder.  Only a single incision is required while securely clamping the graft on both ends. This improves speed and efficiency for the medical practitioner.

As is often the case, a good idea may be conceived during a personal setback.

It sparks a moment clarity that forces the budding inventor to ask the question: “Why is there not a solution for this annoying problem?”

In Lia’s case, she suffered a hamstring injury in high school while competing as a triathlete, planting the seeds for the novel and unique whip stitch device.  It was a devastating injury that impacted her sporting life but also gave her the motivation and will to find a solution for others in the same situation.

One core element of this experience stuck with her:  If the stitching fails during an orthopedic procedure then the surgery fails.  This insight was reinforced when her mom had to repeat an ACL surgery after the first failed due to a stitching problem.

The pain, frustration and costs to the healthcare system pushed the young entrepreneur to uncover a solution that would help others like and her mom.

She felt compelled to study biomedical engineering and was shocked to discover the complexity of the stitching process during an internship with an orthopedic surgeon.

It seemed that despite decades of progress in this  arena, specialists had failed to innovate new ways to improve the suturing of wounds with needles and stitches!

They were all using several awkward variations to tackle the problem including free stitching, looping and something called the Krackow Method.

This last method described above does has some advantages in traditional surgery. The surgeon uses a curved needle to create a locking loop stitch up one side of the graft and back down the other.  According to Lia, this creates a stitch pattern that demonstrates superior pullout strength when compared to a whip stitch.  However, she also noted that the method was extremely complex and time-intensive because only one side is stitched at the same time.

“It was extremely tedious,” recalled Lia.

She shares a similar AHA moment to another client of mine, Alex Gomez, who pioneered a revolutionary anti-fogging surgical tool after witnessing an archaic method of cleaning the camera lens in buckets filled with water  in hospital operating rooms. He would eventually sell his medical startup for $100 million based solely on the value of the intellectual property that surrounded his simple innovation.

Likewise, Lia’s progress has been staggering and inspirational. She looks set to follow Gomez in reshaping the way orthopedic surgeries are approached in the United States.   In fact, since graduating she has won several inventor competitions beating other powerful contenders across America in the areas of optics, payment processing and apparel.

“Visiting the US Patent and Trademark Office was amazing, and I got to meet some incredible inventors. I presented EasyWhip to a panel of judges whose inventions include the microprocessor, the carbon dioxide laser, the electret microphone, and the Post-it Note,” she said. “During one expo, I had the opportunity to showcase EasyWhip and demonstrate prototypes to hundreds of patent examiners, USPTO staff, and the public.” 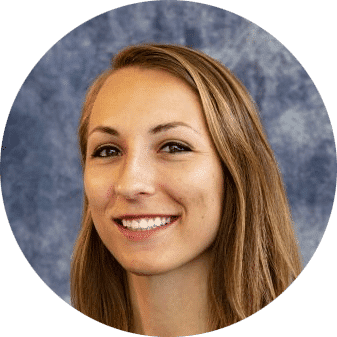 Like my other client David Cogswell, who formed a company called Cogswell Innovations to market his patented toilet purifier to a growing audience, Lia has kickstarted her own company (and team) called Winter Innovations to patent, build and market the device.

In addition to the provisional patent she has also trademarked her brand name and assets, including the logo, giving her solid intellectual property protection as she seeks out licensing deals with major medical companies.

“I also have other ideas that I would like to develop to help make whip stitching easier,” said Lia.

The entrepreneur also noted that she didn’t set out to be a “woman founder” but discerned that the  medical startup system is dominated by men. She looks forward to help change this picture by being in a pioneer in biomedical field.

She will likely adapt her approach based on the lessons learned from another rare female medical inventor, Elizabeth Holmes, who shot briefly to fame with Theranos and her blood testing instrument.  Holmes was briefly profiled in another earlier article of mine entitled Seven Medical Entrepreneurs Shaking Up Global Healthcare With Patents & Intellectual Property.

Whereas Holmes pursued a complex diagnostic device fraught with engineering challenges and questionable marketing tactics, Lia has produced something remarkably simpler with proven value to orthopedic surgeons.   ACL injuries continue to be a worrying issue for Americans generally and sports athletes in particular.

Several of my NFL inventor-clients have had their careers threatened by knee tears. Many readers will also recall the nasty crash that ski icon, Lindsey Vonn, suffered during a Super-G training run at Copper Mountain, Colorado.  She left the mountain on a sled with an MRI later revealing a complete ACL tear, which took her off the circuit for a full year.

Lia has her own life experiences that mirror the pain of these athletes and reflect her determination to shorten healing periods with her  Easy Whip™ solution. It’s estimated that over 250,000 ACL surgeries are carried out each year with at least 30% suffering a second ACL injury in the first few years after surgery.

Considering these statistics Lia looks set to profit from her patented product which targets several areas of the body including shoulder, elbow, quadriceps, knee and ankle.

I recently profiled a company called Thinking Robots and its new $84 million manufacturing plant being built in Buffolo, New York to capitalize on new patented technology around orthopedic implants.

The massive growth in knee and hip replacement surgeries is spurring the company to pioneer new 3D printed orthopedic implants as an alternative to invasive surgery. Yet Lia’s invention starkly contrasts the massive expense and complexity required by Thinking Robots approach.

While her surgical device is not yet FDA approved, she is pursuing 520(K) clearance and is confident her product will be commercially viable in a relatively short space of time.

I will end off this article by again proclaiming the value of a setback: When you experience a personal roadblock it may hold the keys to future salvation.

Always look for a simple solution to an annoying problem whether it’s attached to the human body or the world around you.

You will often find that those much smarter and more experienced than you will have overlooked the simple genius of your discovery. 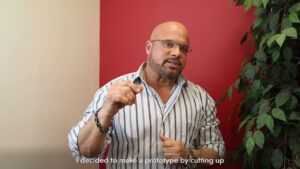 The original idea for the Turnwedge came to Louis Cuadra over 20 years ago when he was working as a medical wound care representative. Today, 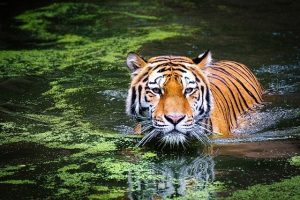 Even an incarcerated felon has the right to try to protect their intellectual property, as “Tiger King” Joseph Maldonado-Passage, aka Joe Exotic, is demonstrating with 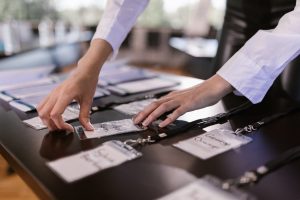 Commercializing Your Product Invention: Trade Shows as an Alternative to Crowdfunding 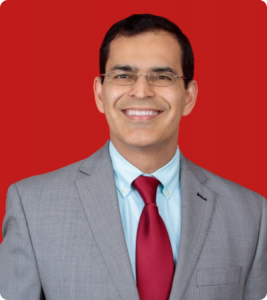 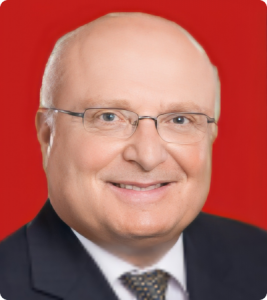 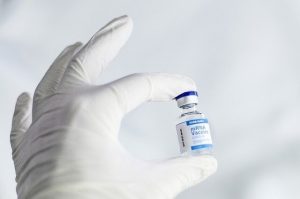 Sometimes a case comes along that tests both the limits of the law and the moral and ethical scope of an era. Moderna’s suit against